Visit From My Sister

My sister visited us this past week.  Her yearly "summer" visit.  We had so much fun.  I always try to think of things we haven't done on any of her previous visits.  One day we drove to Golden, Colorado which is a beautiful and busy vintage town only about 45 minutes from us.  The most famous thing there?  The Coors Beer factory.  It is the largest single brewery in the country.  As soon as we got there we had to wait as there was an evacuation of the building.  We still don't know why and we were glad the weather was nice since we had to stand outside for quite a while.  I really recommend taking the tour even if you are not a beer drinker like myself.  I'm always fascinated with how they figure out all the machines that do all the work. We ate lunch downtown at the Old Capital Grill which is in an old historic building and the food is fabulous.  Buffalo Bill Cody is buried outside of Golden but that is a visit for another day. 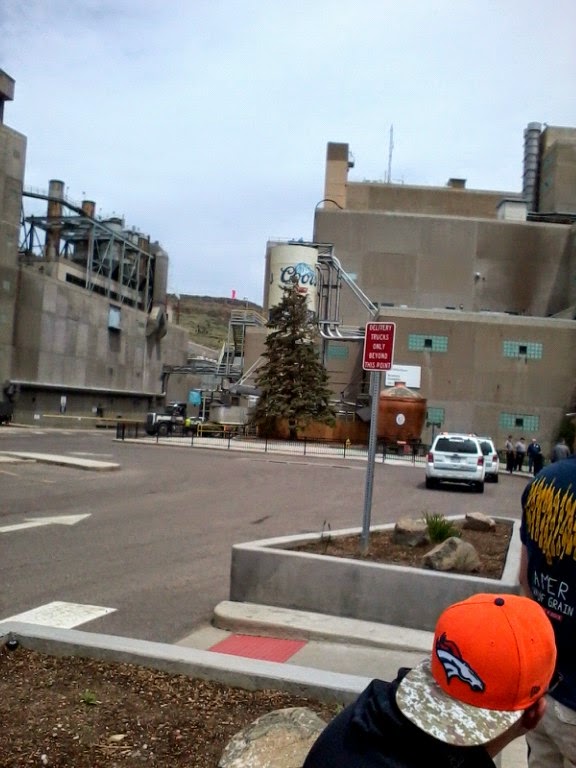 We had to go to downtown Denver for sure.  We had reservations to go on the Banjo Billy Bus tour, which is a must as far as I'm concerned.  It's a lot of fun and you get to see a lot of the downtown and decide what you want to go back and see more of.  Check out the link.  The bus has no windows and it started to rain but that didn't keep us from having a lot of fun and learning where all the skeletons are buried in Denver! 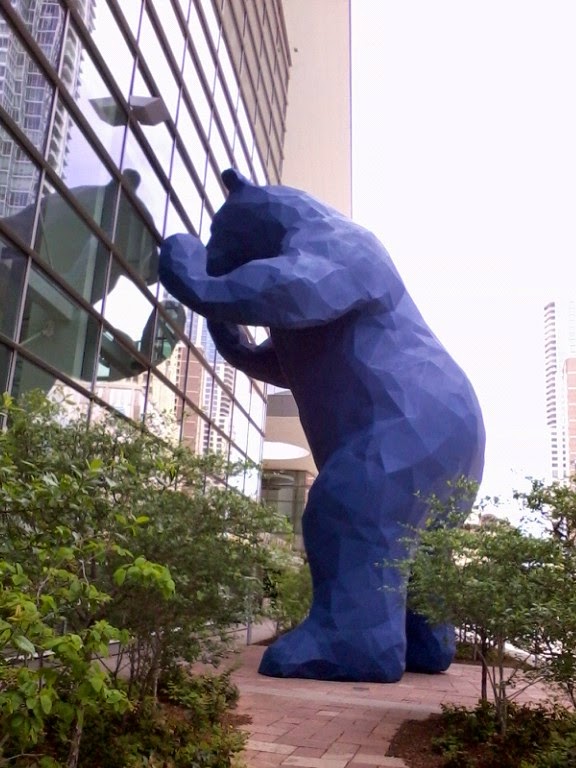 The tour met outside the Colorado Convention Center, home of our famous Blue Bear.  Why a blue bear?  Why not!?! 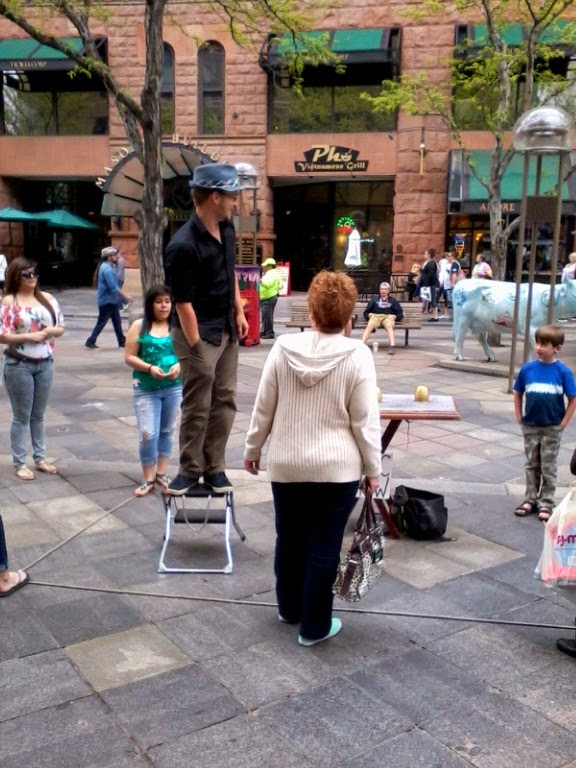 Denver has made downtown 16th street into a pedestrian walking plaza.  They recently purchased pianos that they set out during the day for anyone who wants to play.  Like any large metropolitan city, there are the usual characters (why was that man dressed up like a robot?), art work, music and various shows going on.  We ended up helping this young man with his magic show.  He was really good.

Last year I took Janice to the Dumb Friends League rescue shelter and she almost took home a dog so we were on orders not to go there this year.  She has 8 dogs already!  Instead I surprised her with a visit to the Alameda East Veterinary Hospital.  If you are a diehard pet person like she is you would remember back when Alameda East Veterinary Hospital had a television show.  We both watched it religiously. When I started to pull into the parking lot she started yelling!  When we walked in, she started tearing up!  I do believe that if Dr. Fitzgerald had walked out she would have fainted!  It was so much fun!!!!

On Mother's Day we stayed home because we had a huge snow storm (I know - in May!).  Janice had to leave early, early the next day so she had to take a shuttle to the airport. I wouldn't drive as the roads were horrible.  As usual, by afternoon they were all clear.  Colorado weather - sheesh!!!

All in all we had a great, albeit too short, time.  You'll never guess what we plan on doing next visit!  Go on - try to guess! I dare you!
Posted by Miss Jean at 4:42 PM

Always a fun time on the streets of Denver. I remember as a child in the 1940s seeing real Indian Chiefs in all of their regalia on 16th street. Really made an impression on me! I still enjoy going to Denver several times a year. Sally

Ummmm ... are you going to take her skiing??? The Silverton/Durango train? Pike's Peak??? Panning for Gold! Gosh -- there are too many things to guess -- you live in Paradise!!!

It sounds like you had a wonderful trip! I've never seen that Blue Bear before -- too fun!!!

What a great visit! My home town in South Dakota had a Blue Buffalo.

I can just imagine Janice's delight upon her visit there! How special and well planned.