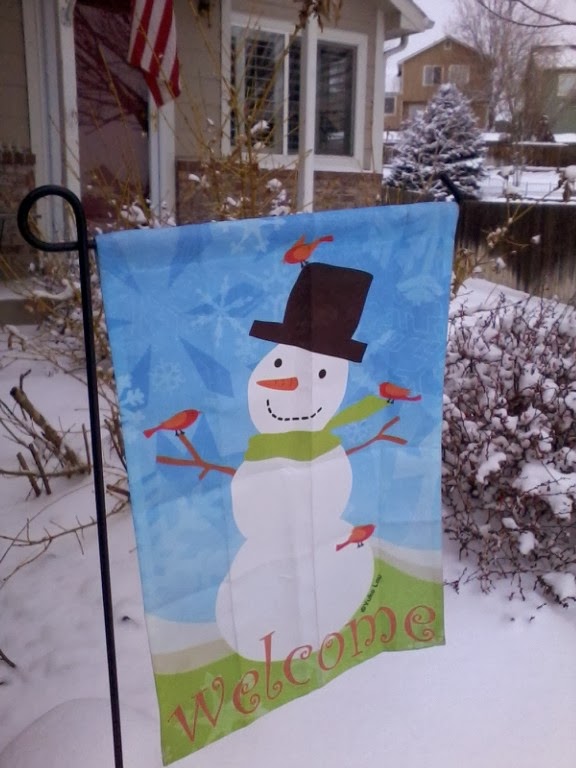 At least someone is happy with all the snow that everyone is having!!!

Happy Friday and have a wonderful weekend! 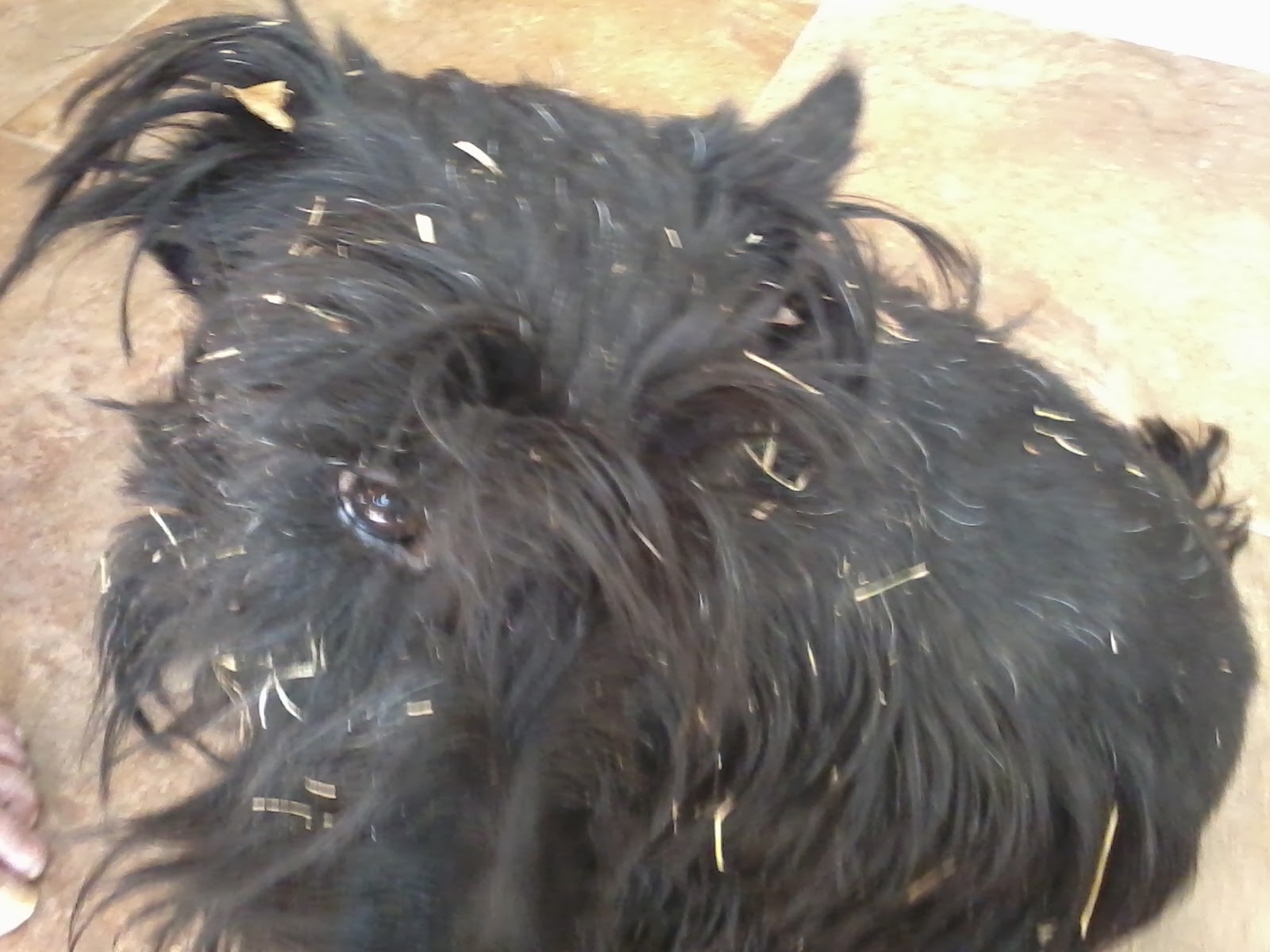 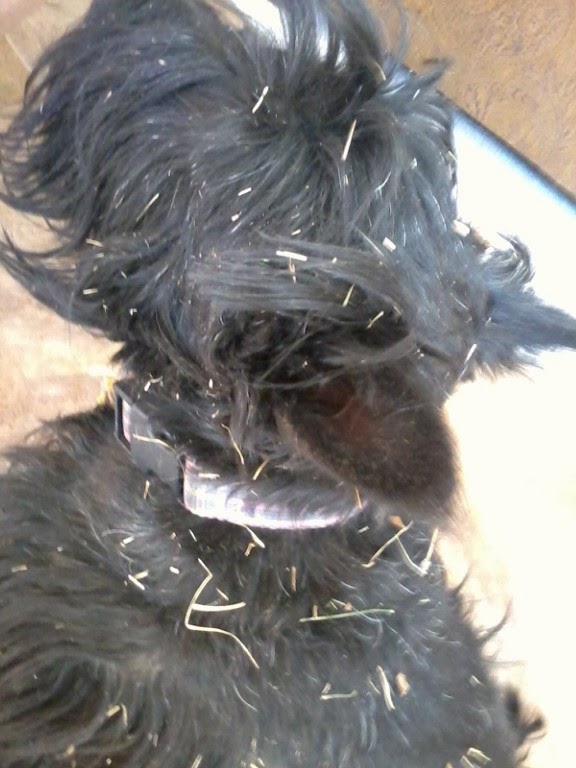 The grass here in the winter goes dormant - like dead looking - and Maggie just loves to roll around in it.  Do you have any idea how often I vacuum?  Good grief!!!!!!  It's a good thing I have a bagless vacuum, or I would go broke buying bags for it!!!  I always call Maggie and Mollie velcro dogs because everything sticks to them.

I love her to pieces but some days she tries my patience!!!!!!!!!!!  Seriously, I couldn't imagine life without Maggie and Mollie.  The Scottie of one of our friends just died and I just cannot imagine the pain they are going through.  Hugs your pets!
Posted by Miss Jean at 11:22 AM 2 comments:

We had snow again last night.  Not too much, just enough.  Since this area have 300+ days of sunshine a year, even though it is still cold out, the snow melts off the roads and patios fairly quickly.    When I got up this morning the snow was sparkling on the lawns but already starting to melt off our patio.  My walk and driveway were shoveled (thank you awesome neighbors!) and I could see one of our main roads was clear.  There is still a lot in the yard, though, but I won't bore you with more pictures of that, you've seen them before.  Our house faces north at the end of our court and even when the rest of the court is snow free, our house and the other two on the end still have snow.  I always joke we'll have snow in August! 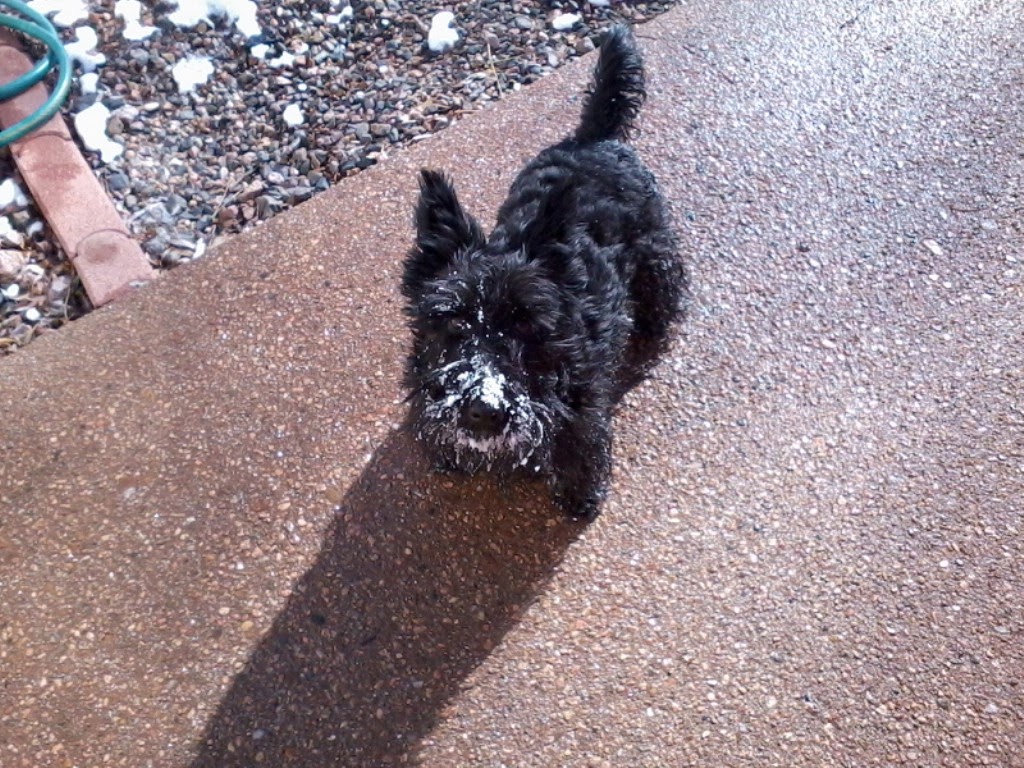 
I have a friend who has a Scottie who doesn't like to go out in the snow.  Not so with Maggie and Mollie. They come in and out, in and out, and I literally have had to sweep up the little snow balls off the kitchen floor and family room carpet.  So fun - not!

I tried to get a picture of a snow covered Maggie but she wouldn't cooperate.  So here's Mollie, our resident snow bunny!

What is it about snow that is so hypnotic?  My house could be (and is) falling apart around me (messy!!!!) and I should get up and clean.  But here I sit - looking out the window.  Peaceful.  Which I suppose, is good for the soul.

Have an awesome rest of the week.

A great big HAPPY BIRTHDAY to our dear Maggie!  She is six years old today!!! 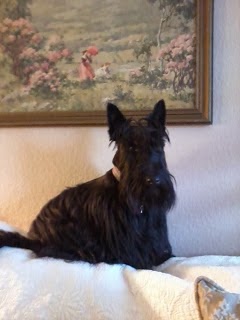 She has been a wonderful pet, faithful companion and patient big sister to our new Mollie.  Not to say she hasn't been a challenge at times!  Oh, the stories I could tell!!  However, she has matured into a sweet young lady and we can't imagine our lives without her.

I thought I'd post something to make you smile on this cold and windy day. 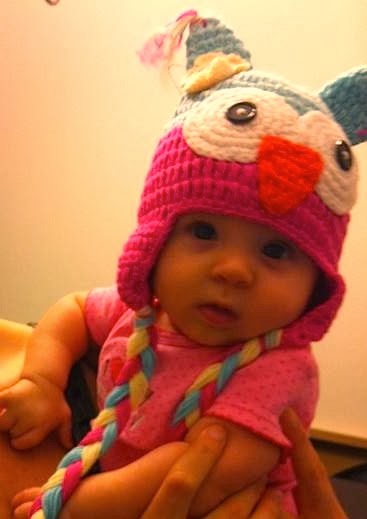 One lucky little girl to have such a big loving family to love and spoil her.
Posted by Miss Jean at 10:55 AM 3 comments:
Newer Posts Older Posts Home
Subscribe to: Posts (Atom)