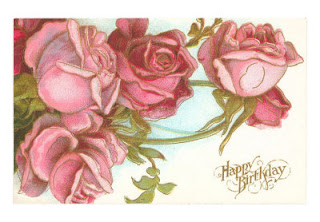 What are the chances that two of the loveliest ladies in our family have the same birthday!?!

Today is my mom's birthday. I just wrote about her on Mother's Day and she cried so I'll skip all the mushy stuff this time. Go down to my Mother's Day post and read all about this wonderful woman.

In November of 2006 my son brought home his "just a friend" for Thanksgiving. Just a friend, yea right! I had never seen him happier or smiling more in his entire life. I knew she was the "one" for him. When I asked her when her birthday was and she replied, "May 27th", well, that sealed the deal for me. They were married the next September and we couldn't be happier to have her in the family. She is sweet, caring, considerate, determined and strong (she's an officer in the military). Visit my posts of February 14th and 16th for a sneak peak at this lovely woman.

To my Mom and my new daughter-in-law, Happy Birthday! You are both a blessing to our family!
Posted by Miss Jean at 7:08 AM 8 comments:

As you may know I'm a military Mom. Of all the titles I have, I think that is the one that makes me the proudest. Don't get me wrong. Being a wife, daughter, mother, grandma and friend all make me proud. What can I say, though, about this other aspect of my life? The feelings I have as a military Mom are so special and precious to me. They are kept in a very special place in my heart. I am honored to be part of the military family community.

Pray for our military. Pray for our leaders and the decisions they make. Pray for the families who have lost their loved ones in the war. When you see military personnel go up to them and thank them for the job they are doing for our country.

(Go on over to Martha's blog at Vintage Trifles. She's having a wonderful giveaway. It's a beautiful Americana decoration complete with an American flag and Miss Liberty herself!)
Posted by Miss Jean at 8:38 PM 3 comments: 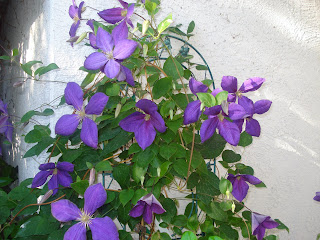 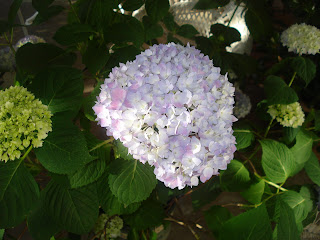 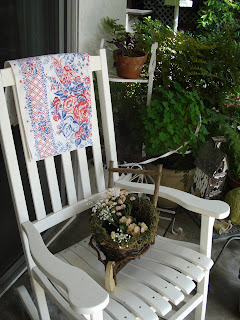 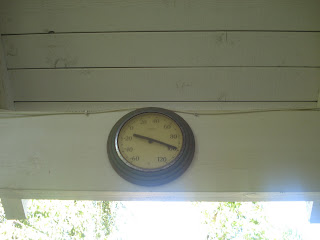 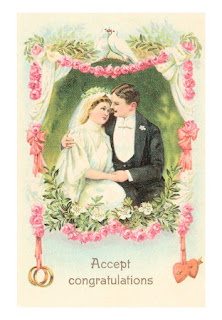 Go visit Anna at Thimbleanna and wish her family well. They are rejoicing in the marriage of their son this Saturday.

May the young couple be blessed with many loving years together!
Posted by Miss Jean at 8:54 PM 2 comments: 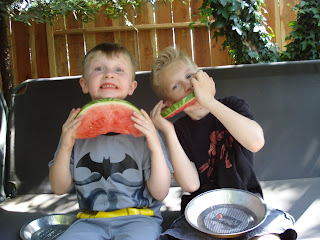 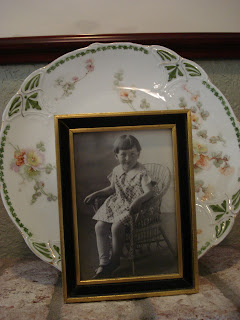 Mom as a little girl 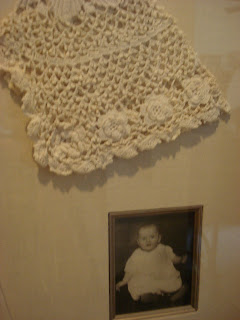 Mom as a baby with her baby bonnetMy mom is such a blessing to our family. My husband and I are fortunate in the fact that she lives only about a mile from our house. She'll be 85 the end of May (sorry Mom!) and does not look like it or act like it. She has more energy than I have! Her name is Doris and we named our daughter after her. She's caring and giving, a friend to all. Every one that meets her thinks the world of her right away. 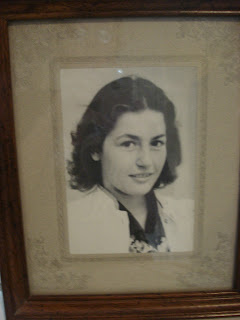 Mom as a teenager (isn't she pretty?)

Now you may be wondering about the song selection that I chose. As indicated in my previous post, I come from a country music background. Mom's favorite is Conway Twitty! To say he is her favorite is an understatement . I think she has every record he ever made and Hello Darlin' is her favorite. 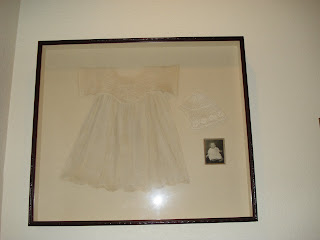 Mom, I love you more than I can ever express. I am so proud to be your daughter. This song is for you! And for all of you out there in blog land that have children I hope you have a blessed Mother's Day! 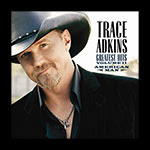 Holy Moly, Macaroni! Did I ever have a great time on Tuesday night!!!!!!!!! Woo Hoo!!! My BFF, Nikki, and I went to see TRACE ADKINS in person!!!!!!!!!!! We had such a great time. Or at least I think Nikki did. I sure did. A couple years back I went to see Eric Clapton with Nikki as he is her all time favorite in the whole wide world person. We even celebrate his birthday every April. This was her turn to go with me, even though she's not too much of a country fan. We had AWESOME seats. Row six aisle seats. He put on such a great show. I think the thing I like about him, besides he's tall, good looking and a great singer (did I mention good looking?) is the fact that he loves his wife and children , is respectful of his parents, loves his country, and is a true southern gentleman. Did I mention he's good looking. My sister met him one time at Fan Fair in Nashville and said that he is a very down to earth nice man. Did I mention good looking?
Here are a few pictures, which sadly, don't do the concert justice. 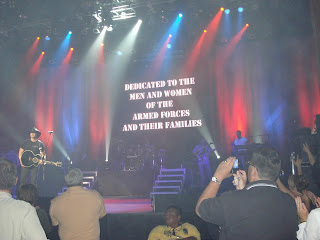 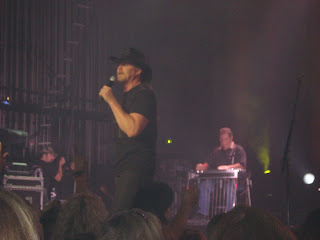 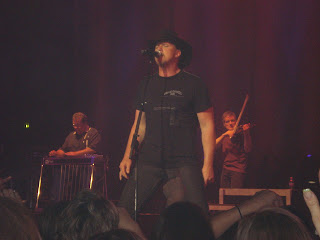 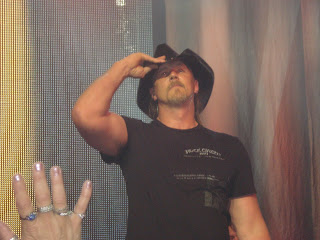 The concert was at the Bob Hope Theater in Stockton, California. It is absolutely the most beautiful theater. It's has been painstakingly renovated to the original art deco style. It is worth going to a concert there just to see the theater. Unless, of course, it is Trace Adkins, in which case he could stand in the middle of the street and I would be just as happy. 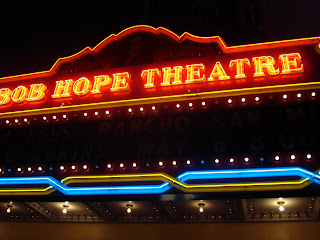 My next blog post should be back to my normal decorating, gardening, grandchildren, Maggie dog, tea party type blog. But for now, I'm still on a Trace Adkins high!

Did I mention he's good looking?

Terrie from Terrie's Little Piece of Serenity gave me this award. I must say that I am truly humbled. Isn't it wonderful how God sometimes works? I threw my back out and have been bed ridden off and on for a month. It's depressing not to be able to be able to do the things I love to do like gardening and keeping my house up. Even playing with Maggie has become difficult. This award came at just the right time as I've not been my normal perky little self. Thank you so much, Terrie, you'll never know how much this means to me! Bless your little heart!!! 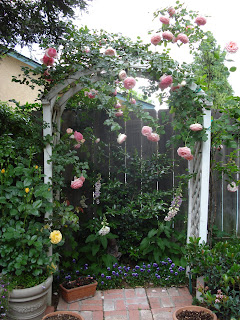 I did manage to take a few pictures the other day. This is the arbor that I can see from my bedroom. The roses are doing spectacularly this year, as are the foxgloves. For some reason my hollyhocks are not coming up as I wanted, so I will have to work on that. The two pots you can barely see, along with two more are going to be planted with lavender. This is a really hot area of the garden and lavender will do just fine there. On either side of the bricks I'm going to plant boxwood. The yellow Julia Child rose is in a pot because I have lost so many roses to gophers. I have a pink rose that I'm going to transplant into a pot and put on the other side of the arbor. For some reason the gophers have left my climbing roses alone, so keep your fingers crossed. 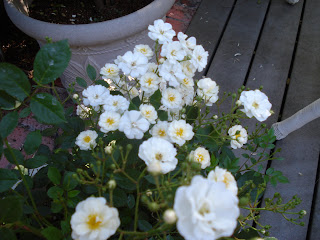 This little rose that I have in a pot is aptly named Popcorn. It looks just like buttered popcorn! I first saw it planted when we visited the Luther Burbank Gardens in Santa Rosa, California. It was thrilling to be able to see all the plants that he "discovered" such as Shasta daises. They had a hedge of Popcorn roses and it was beautiful. 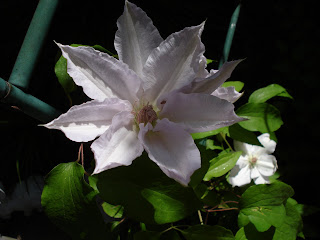 This is my white clematis. To me clematis' is such a beautiful and magical vine. I have another that will be flowering in another week that I have in a pot. This one is in the ground and is climbing an arbor. Sadly, it has lost some of it's top growth that I have had to prune off. I have noticed that there is a new gopher mound not far behind it. When it is through blooming I think I'll move it to a pot. Why so many gophers, you say? We live in the city in a tract home. However, behind our fence is county property and fields and orchards. Once when we found a gopher hole we put the hose down it and turned it on. We never did see any water and I'm sure we just irrigated the acreage behind us!!!! So now I do lots of pots and plant things in the ground that gophers don't like, such as daylillys. If anyone knows of any plants that gophers don't like, please drop me a line. On a good note, we have new renters in the little cottage house behind us and they have horses. I don't believe (tell me if I'm wrong) that gophers like to be near horses so maybe they'll go somewhere else. Or is that just wishfull thinking?

Have a lovely, restful weekend! Thank you again, Terrie!!

*On a side note: In the preview there is a space between the above two sentences and when it is published there is none. It happens to me all the time.Does anyone have any blogger hints?

A BIG THANK YOU to PamKittyMorning for helping me out with my spacing problem. She says to go to the Edit Html tab and adjust the spacing there. Works like a charm! Thanks, Pam!!!
Posted by Miss Jean at 9:12 AM 19 comments:
Newer Posts Older Posts Home
Subscribe to: Posts (Atom)