Here's another Happy Birthday post.  This time it's for our wonderful Scottie, Maggie. 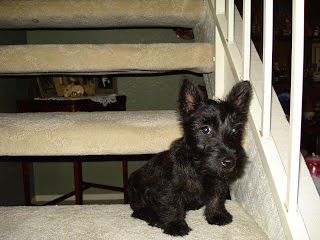 This is Maggie shortly after we got her.  Isn't she adorable?  She was so cute and tiny, but boy was she a handful. 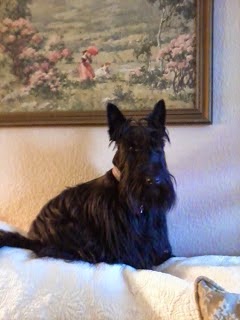 This is Maggie now.  Sophisticated, loyal and every bit the alpha dog of our little pack of fur babies.   I'm so glad that we were able to give her a home when her human mommy got sick and she needed a place to call her own.  I'm also glad we were able to rescue her little Scottie sister, Mollie who needed a stable environment after having three other homes and being cast aside.  Then there is Allie and Bonnie, our son's two little pugs who are staying with us "temporarily".  I put that in quotes because when he moves I don't want the pugs to leave.  I've grown far to attached to them.

Happy Birthday Miss Maggie!  All of us here love you so very much!
Posted by Miss Jean at 10:15 AM 6 comments:

I'd like to wish a Happy Birthday to two men in my life: 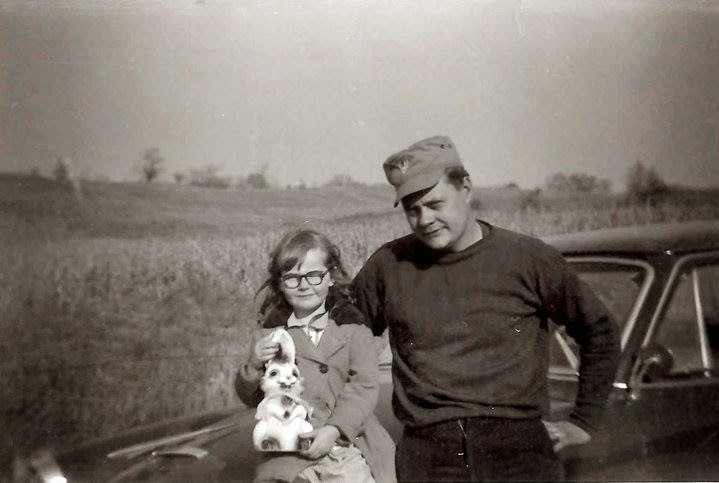 First a Happy Birthday to my dad.  He passed away in 1996 and I can't believe it's been that long.  There isn't a day that goes by that I don't think of him.  I'm always saying, "Dad would have loved that movie." or "Dad would have loved that restaurant."  We're kind of a foodie family as mom and dad both worked at Kellogg's of Battle Creek when we were kids.  After we moved to California they opened quite a few steakhouses so eating out was always on the menu for us.  He was always telling my mom, "Doris, see if there's a western on the television."  He died just as vcr's were coming out.  Oh, he would have loved to have unlimited John Wayne movies at his fingertips!

This picture was taken when we had our farm in Hastings, Michigan.  I must have been around five years old at the time.  If you saw me now you wouldn't think I had changed that much.  I still look the same: still dorky, still love rabbits, still have the glasses, just lots more wrinkles.  LOL! 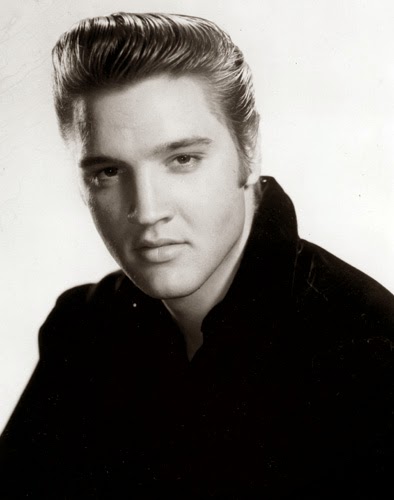 My other birthday wish is for Elvis Presley.  His birthday was the same as my dad - how cool is that!!?!!  The first time I saw Elvis was when I was around seven and we went into town and saw his movie Love Me Tender.  I was hooked from that moment on.  As his life spiraled down in his later years it really made me sad to see such a talent wasted.  Did I tell you Dad also played the guitar and also sang?  Elvis came from a poor upbringing in Mississippi and Dad was from an impoverished area in Kentucky.  They both made their way out, though.  So you see, they had a lot in common.  I can't think about one of these men without thinking about the other.

Happy Birthday Dad and Elvis.  I bet you're making some great music together!

In years past I've shared about my sewing group in California and the retreats we went on.  I sure miss going with them.  So much fun and a great time to relax and get some projects done.  One of the things we always did is make little gifts for each other.  I still make them and send them back home to my friend Nikki to hand out.  It's my way of staying connected.

The name of our group is the Busy Beas.  Not Bees, Beas.  Nikki named it in honor of our dear friend who passed from breast cancer.  We still all collect bee stuff though.  I'm always on the lookout whenever I go shopping.

I'll show you what I sent last year: 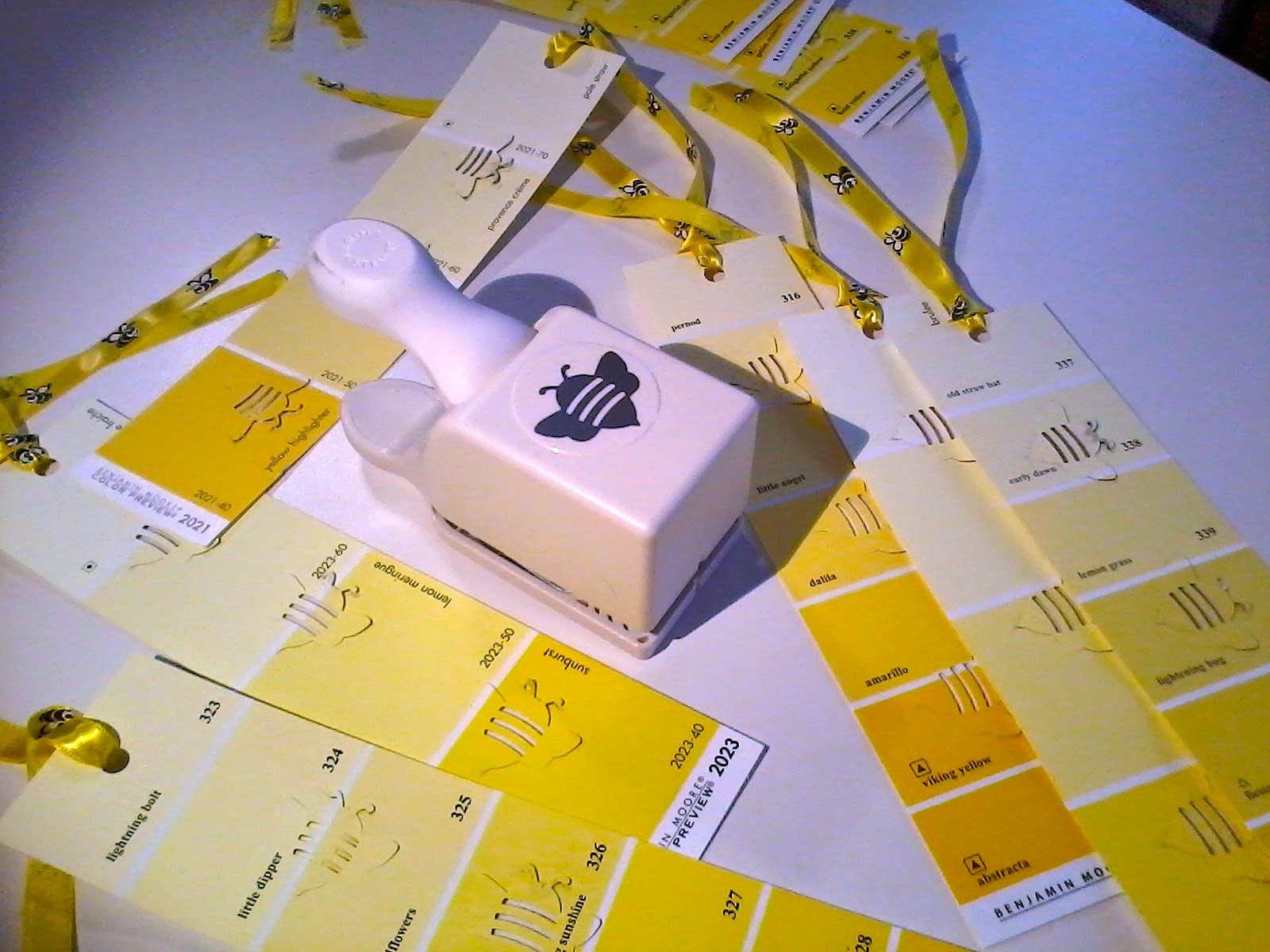 I got the inspiration on Pinterest where they showed pink color swatches with heart punches.  I think they turned out just perfect!

I already know what I'm sending this year but can't show you until after retreat in February.

I had great plans on what I wanted to do today after my normal routine of morning cleaning.  I need to take something back to Sam's Club.  I also wanted to go to the movie and go visit  the local quilt shop that was having an open house.  I guess that's not going to happen.  On top of the snow we got the other day, it's snowing pretty heavily out now. Son had to get the snow blower out yesterday to clear the drive and sidewalk and now it's getting covered again. A little light snow is alright but this is a bit too much for me to drive on. I've learned that you have to be flexible here as far as plans are concerned because of the weather.   My plan B will probably be some organizing, television watching and a nap.

I hope you have a great weekend and your plans don't get snowed out!
Posted by Miss Jean at 11:48 AM 4 comments:
Newer Posts Older Posts Home
Subscribe to: Posts (Atom)